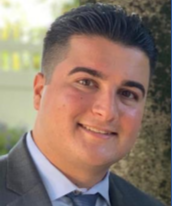 Rich was born and raised in Long Island, NY. He attended Philadelphia University (Class of 2016), where he graduated with a Bachelor of Science Degree in Mechanical Engineering with a Minor in Biology. Ever since Rich could remember, he was involved in sports one way or another. He was as an athlete from the age of 4 and all through High School. Football, Baseball, and Hockey are a major part of his life. It was his love for sports, and the unfortunate injuries that come with them that led him to a career in the O&P field. Rich has been an ABC Certified Fitter in various NYC Hospitals and O&P Practices across Long Island since the Fall of 2016. He chose to further his training at IIOP and become a practitioner because he wanted to be more hands on with not only the patients, but the devices prescribed to them. As a fitter, he was mostly fitting off the shelf braces and could only make minor adjustments. As a practitioner, he would have the opportunity to make custom devices for the actual patient he is helping. His long-term career goal is to run his own practice one day. What Rich looks forward to most about becoming a CPO is the impact he will have on his patients. He wants to be the beacon of hope for someone who has gone through a traumatic event and be the person who reminds the patient that what they are going through is temporary, and that with a little assistance, they can get back to their normal daily activities. His goal is to become a CPO who will provide the highest level of care to each patient, while bringing both a personal and systematic approach, getting their lives back to as normal as possible.

Your ticket for the: Student of the quarter: Rich Gotti