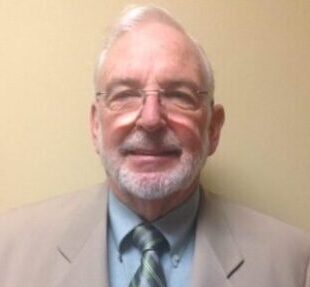 Past Board Member, Lab Manager

Born in Dunedin, Florida in 1940, Dale grew up in St. Petersburg, Florida, where his father owned a business, The Harper Balanced Shoe Company, that made and fitted custom shoes, arch supports, molded leather lower limb orthotic devices and partial foot prostheses. When he was 11 years old, he began working with his father in his shop. By the time he graduated high school, Dale had gained the skills of fabricating custom shoes, arch supports, and making molded leather devices custom to cast.

Dale entered the U.S. Army in 1959. Following his release from active duty in 1962, Dale used his VA educational benefits to enter an apprenticeship in Orthotics and Prosthetics. Building on the skills gained at a young age, he completed 6 years of O&P training and subsequently worked at O&P facilities in Florida, Washington and Oregon.

In 1988, after having sold his interest in DOBI Symplex, Dale purchased several orthotic and prosthetic clinical facilities in Florida, and established OrthoKraft Laboratories, Inc. to provide fabrication services to these facilities. He operated these business until retirement in 2008.

After his retirement, Arlene Gillis encouraged Petersen to join St. Petersburg College’s new Orthotics & Prosthetics batchelor’s degree program as Laboratory Manager. Dale joined Arlene at SPC in 2008 and remained there until the program closed in 2017. After his second retirement, Dale joined Arlene as she founded the International Institute of Orthotics and Prosthetics, and remains on staff as Lab Manager.

Your ticket for the: Dale Petersen