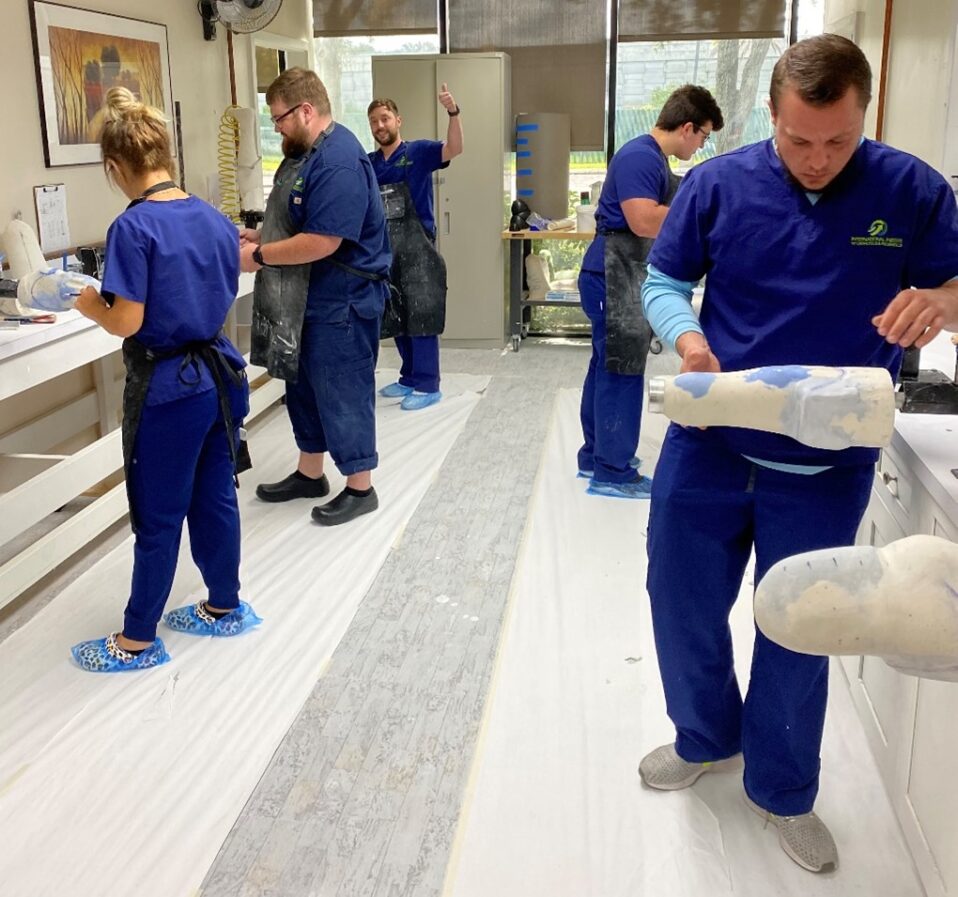 Summer is coming to a close as we have started our last class of the semester, Orthotic Management of the Lower Limb, just about reaching the half way point of our schooling at IIOP. We completed Orthotic Management of the Spine and Prosthetic Management of the Lower Limb. In the spine class, we made custom Bi-valve TLSOs for each other and also had a guest, Kristian, from the National Scoliosis Center where I worked before school to discuss pediatric scoliosis and methods to treat it using the Rigo Cheneau style brace. In the prosthetics class, we got to work with mock patients and make two different types of transtibial prosthetics: a patellar tendon bearing socket with a pin system and a total surface bearing socket with a suction system. It was neat seeing how each of us improved from making the first socket to the second socket and very satisfying to see amputees walk using prosthetics we made with our own hands.

The highlight for this week is John! He’s the one modeling the lovely Bi-valve TLSO. John is from Charleston, South Carolina and studied Kinesiology at Anderson University while playing D2 baseball as a pitcher. He worked at Floyd Brace Company as an Orthotic Fitter which led him to this school. In his free time, John enjoys playing golf, table tennis, playing with his cat, Schmidt, and beating everyone in Mario Kart.