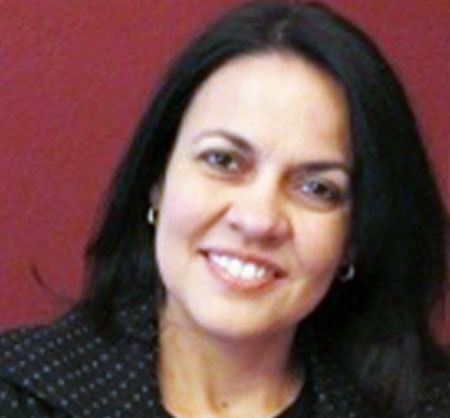 Alexandria, VA (December 1, 2022) – Today, the American Orthotic and Prosthetic Association (AOPA) is pleased to announce its 2023 Board of Directors.

The Executive Committee will consist of Teri Kuffel, JD who assumes the role of President. Along with, Dave McGill who moves into the role of Immediate Past President and Mitchell Dobson, CPO, FAAOP who becomes President-Elect. Joining them are Jeff Brandt, CPO who was elected to serve as Vice President, and Rick Riley who will continue to serve as Treasurer.

“AOPA has remarkable Board members who use their expertise and energy to work tirelessly for their fellow AOPA members,” said Eve Lee, MBA, CAE, Executive Director. “We are committed to ensuring that all AOPA members get the support they need to run their business and provide quality patient care. To do this, I will work with the Board and staff to continue to execute the strategic plan we launched earlier this year.”

Elected by the membership, the AOPA Board of Directors is representative of the membership and serves as the governing body, responsible for the supervision and direction of its mission.

About the new Board members:

Arlene Gillis, CP, LPO, M.Ed.: The Institute is the brainchild of our founder, Arlene Gillis, CP, LPO, M.Ed. Mrs. Gillis is a noteworthy O&P professional with over 27 years of experience, including ten years as a practitioner, followed by 17 years as an educator and O&P Program Director at St. Petersburg College, Florida State University, and Florida International University. Mrs. Gillis has served on numerous Orthotic and Prosthetic boards and committees, as well as the National Commission for Orthotics and Prosthetic of Education (NCOPE), as Chair, along with ten years as a board member.

Collectively, these experiences led Mrs. Gillis to identify two significant voids in the O&P education, profession, and more particularly, in the treatment of members of the armed services who have lost limbs. Specifically, Mrs. Gillis observed that O&P veterans benefit significantly from a holistic approach to the treatment of their injuries but noted that the availability of such holistic care is limited. Mrs. Gillis recognized that a collaborative process between researchers, educators, and practitioners is necessary for the advancement of the treatment of O&P patients, the training and education of O&P practitioners, and research and development in the O&P profession. In recent work, she started O&P Day at the Florida Capitol in Tallahassee, raising awareness of the significance of the orthotics and prosthetics field.

Mrs. Gillis first became interested in rehabilitation when she was 12 years old after her mother was diagnosed with Multiple Sclerosis and subsequently passed away. Determined to help other families challenged with any physical impairment, Mrs. Gillis eventually pursued a career in Rehabilitation and Physical Therapy. During this time, she discovered the orthopedic and prosthetics field, and it has remained her life-long passion for helping educate others about the profession and develop competent O & P practitioners. Gillis leads an innovative team of O&P educators. They hope to impact patients, the future of this field, and our students’ lives.

After serving in various roles in O&P, Lesleigh, and her husband, Ed Sisson, CPO, acquired Prosthetic Center of Excellence in 2015. Lesleigh started O&P Insight in 2015 because she cares deeply about three things: helping people thrive in their professional lives, advancing the profession for patients & practitioners and leaving a legacy of lives impacted for the better. While she has always had a love of teaching and helping others, it was working in administrative and clinical support roles when Lesleigh recognized the desire to assist dedicated professionals working toward this common goal: providing excellent patient care while achieving the best possible health for the business. Lesleigh helps independent O&P practices to not only survive but also to thrive in today’s challenging and ever-changing healthcare environment with its demands for efficient workflow, revenue cycle solutions and successful compliance.

About the American Orthotic and Prosthetic Association (AOPA):

A trusted partner, advocating for and serving the orthotic and prosthetic community, the American Orthotic and Prosthetic Association (AOPA) fosters relationships with decision makers, provides education, supports research, and advances equality to strengthen the orthotic and prosthetic profession and improve the lives of its patients. Since 1917, AOPA has been the largest non-profit organization consisting of more than 2,000 patient care facilities and suppliers that together manufacture, distribute, design, fabricate, fit, and provide clinical care for patients using orthopedic braces) and prostheses (artificial limbs). Each and every day, AOPA and its members strive for a world where orthotic and prosthetic care transforms lives.

Your ticket for the: Congratulations to Arlene Gillis on being appointed to AOPAs Board of Directors