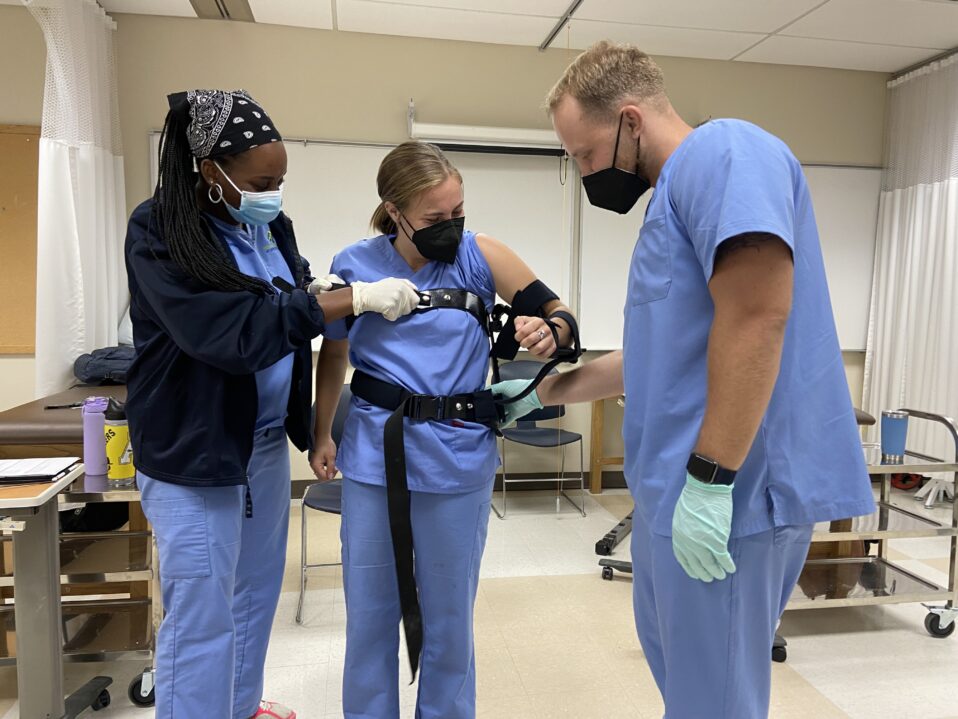 Hellooooooooo! Guess who is ready for the long weekend? I am! Thank you, Columbus Day!

These days, everything is moving fast. Honestly, I can’t believe we are already finished with week 7. Graduation is near, the real world is near. Things are getting pretty serious, as they should be. This week,  we started a new elbow orthosis fabrication and finished on Friday. I apparently had a bicep rupture from lifting weights and needed to be casted for an elbow orthosis (this is fictional, used for orthotic practitioner education only lol). We learned about different prefabricated fracture and shoulder-elbow-wrist- hand orthoses (SEWHO). Our last day for the upper limb orthotics class was Thursday so we took our final exam that day. I really enjoyed upper limb orthotics because it was new and interesting since mostly lower limb orthotics are usually more common.

Next week we start a new class, prosthetic management of the lower limb 2 and we also  take our cumulative Orthotics exam next week Friday (EVERYTHING about orthotics from the second semester to now) which means that my long weekend will be an extension of school because I will have to start studying for it. Wish me luck! Bye for now…